Interview + Giveaway with Elizabeth Rasche for Her Latest Book, "A Learned Romance"

It is my pleasure to highlight Elizabeth Rasche's latest novel, A Learned Romance, here on the Jane Austen State of Mind blog. If you love variations that delve into the minds of secondary characters, this book may be right up your alley. I've always found Mary Bennet intriguing and enjoy books that provide insight into her character and look beyond the pedantic sermonizing. To that end, I'd like to welcome the author herself to tell us more about the book. Before we delve into her interview, here is the book blurb/summary: 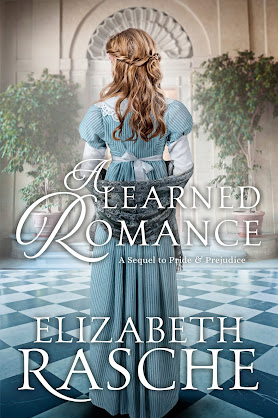 "She had been forced into prudence in her youth, she learned romance as she  grew older; the natural sequel of an unnatural beginning."
~Jane Austen, Persuasion, Chapter 4
MARY BENNET HAD NEVER WISHED for anything more than to be known as the meek and pious Bennet sister, the one who sweetly brought peace to her family.
BEING THE LAST UNMARRIED BENNET SISTER, the pressure to partake of a London Season with the nouveau riche Wickhams was considerable, no matter how little she desired it; but, her young sister Lydia would not hear a refusal. Mary hoped she could pass her days as quietly as a mouse and maybe encourage her still-wild sister to become a more demure wife and stop quarrelling so much with her husband.
BUT WHEN LYDIA'S FLIRTATION with a scientist begins stirring gossip, Mary discovers it is not enough to stay meek and quiet. She must protect Lydia's reputation by drawing the man's attentions her way, and convincing the world it is Mary, not Lydia, who attracts Mr. Cole. If she fails, Lydia's disgrace will taint every family member connected with her--Bennet, Bingley, and Darcy alike--and Mary will have no hope for her own future. But alluring a gentleman is hardly the sort of practice Mary has a knack for. Though it goes against every fibre of her being, Mary must turn aside from the peace she graves and uncover the belle within--all while finding her heart awakening in the illusion of romance she has created.

With no further ado, I'd like to welcome Elizabeth to the blog!... Thank you so much for this interview, Paige! I appreciate your taking the time to ask such insightful questions.
This book focuses on Mary Bennet's personal journey after the marriages of her sisters. Do you care to provide an overview of the plot and share why Mary's story is so compelling to you?
As the last unmarried Bennet sister, Mary becomes the "project" for Lydia Wickham. The Wickhams have come into wealth and settled in London, and Lydia wants to bring out Mary for a season. Of course, Lydia's reckless behaviour continues from her Meryton and Brighton days. When Lydia flirts too much with a handsome scientist, Lizzy Darcy persuades Mary to try and separate the two. It turns out that nothing less than flirting herself will divert the scientist, which means Mary has to grow beyond being the preachy sister who just wants to be left in peace.
What was your inspiration for the book?
It seems like having a strong desire for peace can wind up creating as much conflict as other desires. I wanted to explore how Mary's desire to have everything be settled and calm would actually create problems for her and for her family. I think a lot of us struggle with people-pleasing and doing things just to keep from making waves--even though acting that way causes us a lot of pain. Mary's story was a chance to explore how an introverted, peace-loving person can grow into someone who can stand up for herself, and even flirt a little when she wants to!
Besides Mary, which character(s) are most prominent in the story? Which character(s) were most difficult to write? Easiest?
Mr. Wickham and Lydia are big characters in this book, and Lizzy and Mr Darcy occasionally appear to lend a guiding hand. Definitely, definitely, definitely, it was hardest to write Lizzy and Mr Darcy! They are such unique, intriguing people, and I was terrified of getting them wrong. I held back from writing Jane Austen fan fiction for a long time because of that fear. It was easier to write Mary because I like introverts and because there is not as much about her in the original Pride and Prejudice, so it felt like there was less chance of getting her wrong.
Where does this book fall on the angst spectrum? Does Mary encounter a lot of barriers on her way to happily ever after?
There is some degree of angst in that Lydia's reputation is at stake, which is a big deal in the Regency era. So although there aren't highwaymen or pools of blood, there's a sort of social drama that Mary must navigate. There are the rivalries of belles, the social problem of trying to make Lydia's fancies seem more respectable, and efforts to get along with touchy family members. But the biggest barrier Mary faces is her own need for peace. It winds up warping into a need to control in order to feel safe, and it takes her time to untangle that.
How would you describe Mary's personal growth (and challenges) as the book progresses?
Mary grows from the preachy, solemn sister you remember from P&P into a young woman who can stand up for herself without being self-righteous. She's an introvert who wants peace and quiet--but you can guess how well that goes, living with Lydia Wickham!
When thinking of Mary as she appeared in your mind while writing this book, is there a famous person or portrayal that closely mirrors your idea of her (e.g., Mary from the 1995 BBC Production of P&P, etc.)?
Definitely the 1995 BBC version played a role, because it suggested that Mary would get married if she could. (That version sort of hinted that Mary might like a little more attention from Mr Collins...). The 2005 Keira Knightley version helped because it showed Mary as being a little more attractive than other versions. In the book, it says all the Bennet sisters were handsome; it's just that Jane was so beautiful that the other sisters don't seem much in comparison. So I'd like the reader to envision Mary as being somewhat pretty, but not in as eye-catching a way as Jane and Lizzy.
When reflecting on your time writing this novel, what advance would you give to other aspiring first-time JAFF authors?
It's often helpful to think how you'd like to see a character grow. Maybe you want a story where someone learns to be courageous, or one where someone learns to see herself as beautiful. Once you know where they are at as a character in the beginning and the growth you'd like to see them achieve at the end, you start getting ideas about how to "help" them (with some gentle or forceful prods from the plot!) grow. What holds them back? What pushes them forward?
Is there anything else you would like readers to know about the book?
I'm just so thrilled that there are so many readers who are curious about Mary. It feels really good to know that there are other people who have been speculating about what sort of life she might have lived while Lizzy and Mr Darcy were having their happily ever after.

Now that you've learned more about the book and writing process from the author herself, here's her bio: 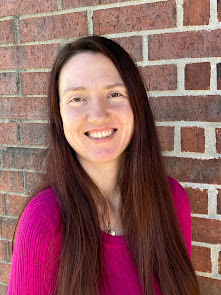 After acquiring a doctorate in philosophy from the University of Arkansas, Elizabeth taught philosophy in the U.S., and co-taught English in Japan. Now she and her husband live in northwest Arkansas, which is over 4,000 miles from Derbyshire. (Doesn't everyone measure distance from the center of the world, Pemberley?)
She dreams of visiting Surrey (if only to look for Mrs. Elton's Maple Grove), London, Bath, and of course, Derbyshire. When she has a Jane Austen novel in one hand, a cup of tea in the other, and a cat on her lap, her day is pretty much perfect.
Elizabeth Rasche is the author of Flirtation and Folly, as well as The Birthday Parties of Dragons. Her poetry has appeared in Scifaikuest.

Quills & Quartos Publishing will choose a lucky reader to receive a free eBook copy. To enter, all you have to do is comment on this post. It's certainly work a shot! I'd also love to read your thought on Mary Bennet as well as variations that feature the personal growth and happily ever after of secondary characters.
A Learned Romance is now available on Amazon (Here) and is currently on Kindle Unlimited and paperback. 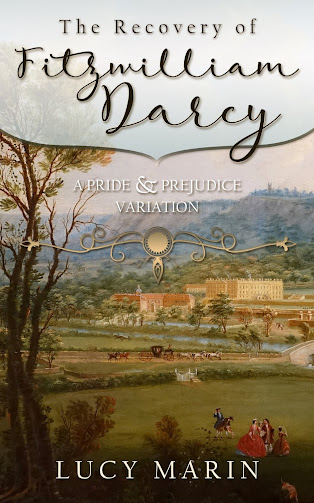 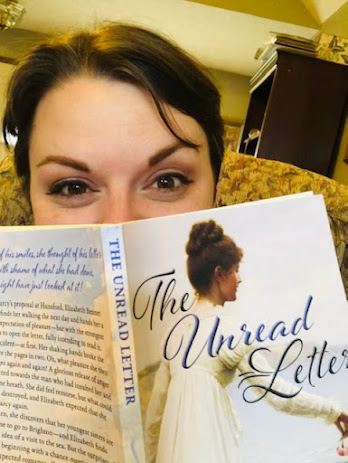 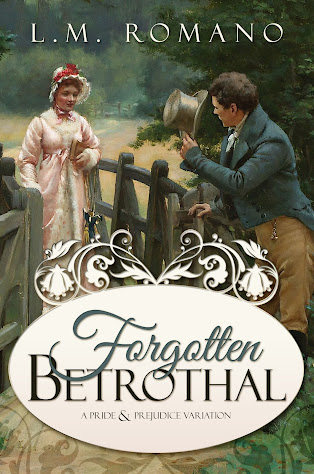